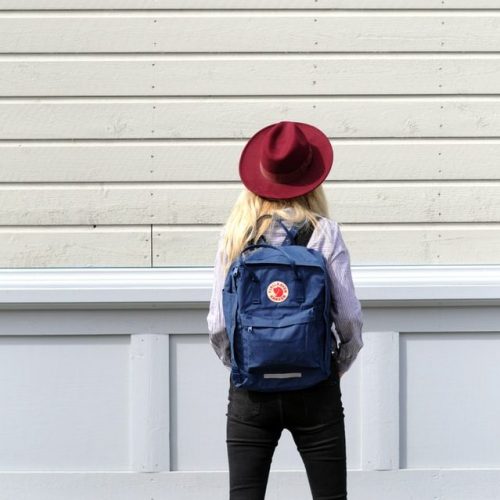 Some time ago Travel bloggers Asher and Lyric Fergusson have succeeded in developing the Women’s Danger Index. They use sources such as the Gallup World Poll, UN Women, Georgetown Institute, and the World Economic Forum to help pinpoint dangerous places for women to visit alone.

South Africa has many beautiful places, making it one of the best places to visit on the continent. However, if you are a woman, you should not travel there alone.

Did you know that South Africa is the most dangerous country in the world for solo women travelers. According to the Fergusson index, this country is the worst destination for women travelers with an index rating of 7.

In South Africa, at least 23% of women have reported experiencing sexual violence by a non-partner. In fact, 34% of women in this country agree that their husbands/partners are sometimes justified in beating their wives/partners.

One more fact, Only 25% of South African women said that they feel safe walking alone at night, the lowest of any country. These figures are the highest percentage of all countries featured in Fergusson’s research.

From the description above, you can imagine how terrible this country would be if it was visited by a women solo traveler. In the end, this country deserves to be called the worst country for women travelers to visit.

Rio de Janeiro is one of the most fun places to visit, but it is fairly unsafe for women to visit on their own. Since
Brazil ranks as the second worst countries for women traveler.

More than 36.9% of women in Brazil reported having experienced physical or sexual violence from an intimate partner. Worse, the country has the third-highest rate of voluntary homicide against women in the world.

The country has the ninth-worst gender inequality index score of 0.407. And only 28% of Brazilian women reported feeling safe walking alone at night, the second-lowest percentage in the index.

Russia is home to some gorgeous architecture and stunning cities, but it’s not suitable for women travelers to visit. If a woman is visiting this country is best for companies to visit, according to the index.

Why is that? Because Russia is third on the list of worst countries for women travelers. This vodka-loving country also seems to be performing poorly in a number of categories.

Russia has the second-highest rate of intentional homicide against women with an index score of 28.2. This is the biggest reason for placing this country in the third position on the list.

And the country is also among the top ten countries that have laws and regulations that limit women’s ability to participate in society and the economy. Even Russia has the ninth-worst score at 27 in terms of legal discrimination against women.

Mexico has many tropical destinations that are very popular, but it is not safe for women to travel alone. Overall, this country ranks fourth as the worst countries for women travelers.

No more than 33% of women in Mexico state that they feel safe walking alone at night. In addition, Mexico ranks third for non-partner sexual violence, which is experienced by about 16% of women.

The main reason Iran is included in the list of the most dangerous countries for women travelers is because it has the first ranked gender gap. Iran is among the 50 most visited countries and got the worst score in the Global Gender Gap study.

This study measures the gap between men and women in various fields. Among them are economic participation, educational attainment, health, and political empowerment.

Iran also ranks third for legal discrimination against women. However, Iran has the positive fact that it has a very low rate of intentional homicide against women.

The Dominican Republic is extremely popular among American tourists for beach trips. However, Asher Fergusson has found this country isn’t safe for women traveling alone based on his study.

Only 33% of women in this tropical country feel safe enough to walk alone at night. Making it the fifth-worst percentage in the index.

Worse, the Dominican Republic has the fifth-worst women homicide index score at 67.2. And the gender inequality index score is also very poor, taking sixth place at 0.451.

Whether the hype is real or not, Fergusson’s research has found the country is on the list of worst countries to visit for women travelers.

Besides being full of rich historical tourist destinations, Egypt also has a lot of bad facts that made it on the list of the worst countries to visit for women travelers. For safety reasons, women should not tend to travel there alone.

Egypt has the sixth-worst score of legal discrimination against women at 35. Then the fourth-worst global gender inequality index score at 0.608.

In that country, only 47% of women report that it is safe to walk alone at night where they live. While not the worst, it ranks as the tenth worst of all countries in the index.

Morocco is fighting violence against women, so it is not safe for women to travel there. The gender inequality index and poor global gender gap are the indicators.

There are about 45% of cases of physical or sexual violence against women by a partner, which is the worst incidence of intimate partner violence in this index. Morocco really deserves to be on the list of worst countries to visit for women travelers.

Apart from Morocco, India is also struggling with attitudes of violence against women and the global gender gap. Among all the countries in the index, India has the worst gender inequality index score at 0.524.

Add to that the sixth-worst female homicide index score at 72.4. This is all quite appropriate to include India in the list of worst countries to visit for women travelers.

Although Thailand has many popular vacation spots ranging from food, cities and tropical destinations, on the other hand this country is not safe for women to visit alone. Thailand is the Southeast Asian country with the worst scores on violence against women, intimate partner violence and gender inequality.

At least 61% of the female population in Thailand agrees that husbands/partners are sometimes justified in beating their wives/partners. Cases of intimate partner violence were 44% which put Thailand as the second highest and the 10th worst gender inequality index score of 0.393.

Malaysia is the second Southeast Asian country after Thailand to be included in the list of the worst countries for female travelers. The country scores poorly in terms of legal discrimination and violence against women.

Only about 46.1% of women in Malaysia report that they are safe when walking alone at night . This score brings Malaysia as the ninth worst in this index.

Malaysia also has the fifth worst legal discrimination score with 37% and the fifth worst attitude towards women with 42%. The country also ranks very poorly with intimate partner violence, and issues of gender inequality.

But all that does not make it safe for women to travel alone. Saudi Arabia has a legal discrimination score of 54, which is the worst of all countries in this index.

What’s more, Saudi Arabia also has the second-worst global gender gap index score at 0.584. This score really makes Saudi Arabia on the list of the worst countries for female travelers.

Istanbul is one of the most interesting cities with many historical icons on the planet. But Turkey is definitely not the safest place for women to travel alone, based on the index.

Only 46.1% of Turkish women believe it is safe to walk alone at night where they live, this percentage being the eighth worst.

This middle eastern country also scores poorly on violence against intimate partners and the global gender gap. Turkey occupies the fourth worst position with a percentage of intimate partner violence of 38%.

For the issue of the global gender gap, this country also got the fifth worst position with an index score of 0.625.

Argentina is a tourist destination country that has world-famous steaks and skis. But the country is struggling with intimate partner violence, global gender inequality and gender inequality.

Only 31% of women in Argentina report feeling safe walking alone after dark. This percentage brings Argentina as the third least safe country for women to walk alone at night.

More ironically, Argentina has the 10th worst score of intentional homicide against women at 82 . In fact, this country is ranked as the 10th worst intimate partner violence with a percentage of 32.7%.

Not far from neighboring Argentina, Chile has a lot to offer such as its famous red wine and the Patagonia region. But women should avoid traveling there alone.

Only 39% of women in Chile report that walking alone at night is safe, this percentage placing them in seventh place on the index. The country also scores poorly on intimate partner violence, with at least 35.7% of women reporting.

Up here you have read the list of 15 countries that are not safe for women travelers to visit. On the other hand, of course, there are places that are completely safe for female travelers.

But we will not write it here, because we will write about it in another article about the safest countries for women travelers. Thank you and happy traveling!

Traveling alone is a convenience and a cost-effective option for some women. They prefer to express themselves by always prioritizing privacy.

But behind all that traveling alone has a very big risk, especially for a woman. Therefore, before deciding on this, you should take a look at the following tips:

If you haven’t traveled a lot before, it’s safest to avoid traveling to countries that are not safe for female travelers. It will be the start of an easier journey for you.

Consider places that won’t be intimidating or complicated, such as New Zealand, Bali, Costa Rica, Japan, Greece, Italy or cities like Paris or London. Usually anywhere in Western Europe would be a safer choice for a female traveler.

Research anything in your destination

Try to find out about local culture, appropriate clothing, gender norms, areas to avoid, and common scams at your destination. That research will go a long way in helping you keep yourself safe.

If you are American then register your trip with STEP. This is a State Department’s program that also helps you research your destination.

The program provides updates on safety and security issues at your destination. Therefore the embassy will be able to easily contact you in case of an emergency.

Having a smartphone with an international data plan will make your travels a lot easier and keep you safe. You will be able to open the mapping app when you get lost and even contact someone if you have a problem.

Dress according to culture

In more conservative cultures, dress is the norm especially for women. Wearing revealing clothing will attract unwanted attention and harassment, so as a precaution, wear more discreet clothing.

Don’t be too friendly with local men

Local men in countries with conservative gender norms may misinterpret hospitality as an invitation. So be careful with how you interact and preferably reduce the intensity. Take control of your body language, eye contact, and any signals you may be sending.